Rhinoplasty, commonly known as nose surgery or nose job is widely practiced all around the world. If you are considering doing rhinoplasty, then the first step is to be informed of each and every aspect of the reshaping procedure. Remember that the rhinoplasty could go wrong if the patient hasn't researched thoroughly. That is why we recommend you read on to find out about the process, whether you need rhinoplasty, why Iran offers the perfect nose job possibility, and before and after surgery tips.

Rhinoplasty (Nose Job)
Contact Clinic
Born out of the former Ebnesina clinic in June 2007, Ebnesina Hospital, (named after Avicenna or Ibn Sina, the great Iranian polymath and physician of the 10th century) is located in Sadeghieh district in the west of Tehran. (Ebnesian clin…
Learn more

How is nose reshaping done?

Noses come in all shapes and sizes and when it comes to rhinoplasty, it is the job of a surgeon to alter the shape and/or size of the nose. In order to do so, the surgeon might make changes to the bone, cartilage, skin or all three. Depending on the needs and desires of the patient and the experience of the surgeon, a nose reshaping could be conducted in various ways.

Open rhinoplasty is a method of nose surgery which involves incisions of the tissue between the nostrils. It helps the surgeon access the cartilage to make the alterations needed.

Closed rhinoplasty is another nose job technique that is done through the nostrils and doesn't require external incisions. As a result, in this method, the rhinoplasty scars heal much faster.

The decision of which technique to employ is made by the surgeon depending on his/her proficiency and experience.

As opposed to rhinoplasty that improves the external shape of the nose, septoplasty deals with functional concerns within the nose by attempting to straighten the cartilage or reposition the tissue. Depending on the advice of the surgeon, the procedure might be carried out to treat conditions such as:

Should I get rhinoplasty?

Rhinoplasty surgery can fix many issues, both aesthetically and medically. If you wish to find out whether doing a nose job is the right choice for you, the first step is to be fully informed about the procedure. Then, you can figure out if the nose reshaping surgery is worth it and which technique you might need to try.

What can rhinoplasty fix?

•    Crooked nose: a condition in which the nose does not follow a straight, vertical line. Several reasons might lead to a crooked nose including birth defects or injuries; regardless of the reason, a crooked nose is a common condition that is reportedly treated successfully by rhinoplasty.

•    Snoring: in some cases, abnormalities of the nose including nasal polyps and deviated septum will result in snoring. Rhinoplasty plays an important role in treating such conditions.

•    Sinus problems: the inflammation of nasal passages (Sinuses) commonly known as sinusitis is mainly due to nasal obstruction or congestion; a condition that some studies indicate can be treated by rhinoplasty or septoplasty.

•    Migraines: Aside from sinusitis, patients could benefit from improvement in migraine symptoms at the same time. However, that depends on the site that is triggering a migraine. Migraines can be the result of various conditions, consulting with other specialists such as a neurologist may be required.

Individuals are different, so are their noses. Before you move further with your plans to have nose surgery, it's important to know your nose type so that you are more aware of what is about to happen.

•    Wide nose: the wide nose, also called the Nubian nose, is a type of nose with longer bridge and a wide base. People with wide nose tend to be regular recipients of cosmetic surgeries, but they are also one of the most challenging cases. Not many doctors have enough experience to successfully treat these cases that's why we suggest you ask our consultants for surgeon recommendations for free.

•    Deviated: a deviated nose is the type of nose with a deviated septum which not only affects the looks but also can lead to complications including difficulty breathing. Septoplasty or functional rhinoplasty can help resolve the issue.

•    Ethnic: you can find ethnic nose on faces of several ethnic groups including Arab, African, and African-Americans. Generally, people with darker skin tones are seen with this feature. The rhinoplasty surgeon must be careful since doing the success of the surgery is hugely dependent on paying attention to other facial features of the person.

•    Asian: tiny, flat with a slightly elevated tip is what this type of nose is known for. Similar to ethnic noses, an Asian nose job could be tricky and the outcome may be unnatural if the surgeon doesn’t pay attention to other features of the individual.

Revision Rhinoplasty suits you if you have had previous nose surgeries and are now unhappy with the result. Also, Postoperative deformities are one of the main reasons why some people might go with revision rhinoplasty. As a follow-up surgery, revision rhinoplasty is performed to repair the form and function of the nose after the previous surgery. Performing revision rhinoplasty is a tricky operation for most surgeons. We recommend that you consult our experts and check the surgeons before and after surgery pictures. Given the difficulty of revision rhinoplasty, the cost of this surgery is somewhat higher than the primary nose job but with the hands of the right surgeon, it will surely worth it.

Why Rhinoplasty in Iran?

With seven times more rhinoplasty procedures, Iran is the capital of rhinoplasty. On average, an Iranian nose surgeon carries out about 100 nose surgeries per month. Plus, the rising number of people from different ethnic backgrounds choosing rhinoplasty in Iran is leading to more experience for these surgeons. Undergoing a nose job in Iran has several advantages:

•    Hospitals and Clinics: Iran offers highly equipped hospitals and clinics with attentive personnel and excellent aftercare services. If you are convinced with what the media tells you about the middle east, you will be surprised by all the modern technology implemented in Iranian hospital and clinics. You could simply look at some pictures of hospitals such as Erfan, Omid or AmirAlam. AmirAlam hospital, for example, is the largest ENT specialized hospital in the middle east.

•    Surgeons and physicians: Iran's board-certified team of surgeons are skilled to carry out the most complicated of surgeries. In fact, many people rely on the expertise of Iranian doctors throughout the world. About 200,000 people each year have nose jobs, leading to increasing experience for the surgeons. Some universally acknowledged and prominent surgeons are Iranian including Dr.Yahyavi, Dr.Basam, Dr.Shirazi, and Dr.Khashayar Ahmadi.

Alomedical provides you with everything you require starting from the first stages of comparing treatments and online consultation until after the surgery and providing follow-up services months after the treatment is undergone. Furthermore, you can take advantage of your visit by sightseeing in a country with an outstanding history and lovely tourist destinations.

What You need to do before Rhinoplasty surgery

It's easy to picture the perfect end result and rush into the conclusion that a nose job will provide you with just that. However, every surgery has its share of risks and rhinoplasty is no exception. Try to have realistic expectations and share them with your surgeon in the consultation sessions. Remember that the optimal outcome depends significantly upon you; while the surgeon plays a role on the exact day of the surgery, it's your decisions and actions before and after the surgery that determines how the result will turn out. Following these simple instructions will minimize the risks and help you reach your desired look.

1.    Research for your surgeon: in any surgery, the person who conducts the operation is considered the most important aspect of the whole procedure. Get to know various surgeons before making any decisions. When it comes to any type of medical procedure it is important to look for a surgeon who will handle the procedure properly regardless of his/her fee. Keep in mind that the cheaper the options get, the higher are the risks. You should consider several consultations with various surgeons before you end up with one. We could help you with your decision making; grab a pen and notebook and contact our trained experts. Assisting you in choosing the right surgeon is in our expertise.

2.   Refrain from tobacco products and alcohol: it is suggested that you make some lifestyle and dietary changes. Your surgeon will probably tell you to quit smoking and drinking alcohol at least two weeks prior to the operation. So this might be an appropriate time to quit these life-threatening habits. Failure to do so may lead to skin redness, healing delay and scarring.

3.   Avoid taking any blood-thinning medications: Medications such as aspirin-containing products, warfarin, and ibuprofen affect surgery bleeding and thus should be avoided at least two weeks prior to the operation. The forbidden pre-op medications include:

Pain relieve medicines are the only type of medication that is allowed in the 2 weeks preceding the surgery.

In case you face any illness or disorder such as hypertension or diabetes that requires daily medications, contact our experts to help you with a solution.

4.   Take the medications your surgeon suggests: at the pre-operative appointment, your surgeon might give you prescriptions to use before and after the surgery. These medications may include oral antibiotics or pain medications. Try to obtain them before the procedure day and have them with you should you need them on the day of the surgery and the following days.

Rhinoplasty surgery is a complex procedure. The surgeon attempts to reshape or reposition nose cartilage and tissue; and in most cases, it involves general anesthesia. It should come as no surprise that such a procedure is followed by potential risks and complications. Some possible risks are listed below:

How can I get a medical visa for Iran?

Q: "Yes, Iran seems to be the perfect destination for my rhinoplasty surgery but how about obtaining the visa?"

A: We make sure the only thing that concerns you is the procedure itself and not the trip! Click on the link to find out how we can help you get your visa with ease.

The bruises, swelling, and scars will diminish after a year and you might observe subtle changes up to 4 years following the nose surgery. Also, Postoperative deformities are one of the main risks of nose reshaping procedure. In addition, aging will affect the appearance of your nose as it does to any other part of the body.

As it is with all sort of surgeries, rhinoplasty too has some risks. That's the part where it's important to choose your surgeon wisely. A rhinoplasty that is done by the right, skilled surgeon and in a reliable hospital leaves no worries for the patient.

4.   Are rhinoplasty and septoplasty the same thing?

Although rhinoplasty and septoplasty are both operations of the nose, they are different in the sense that they are performed to fulfill different requirements. Rhinoplasty is an operation that focuses on the external shape and look of the nose while septoplasty attempts to alter the nose internally to resolve a problem regarding the function of the nose.

5.  Can rhinoplasty be reversed?

It is unlikely that you could reverse your nose to its original. However, revision rhinoplasty is a common treatment to correct the misalignments left from the previous surgery. 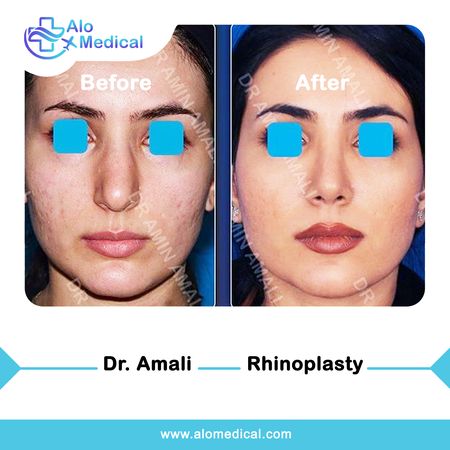 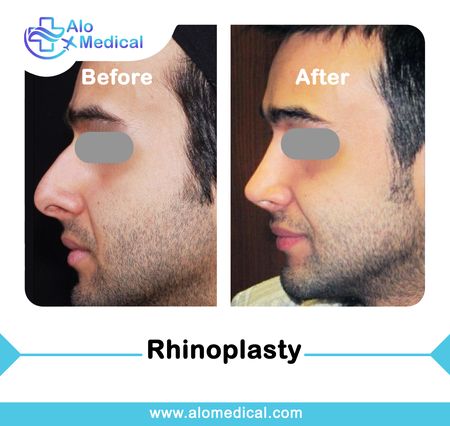 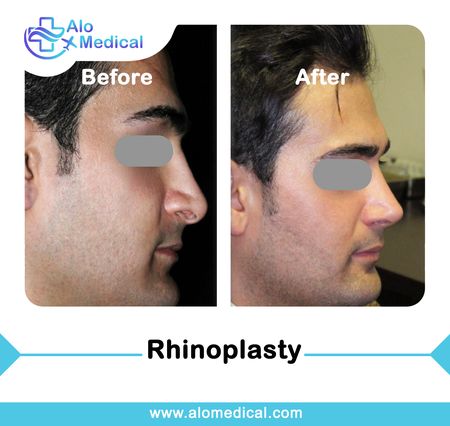 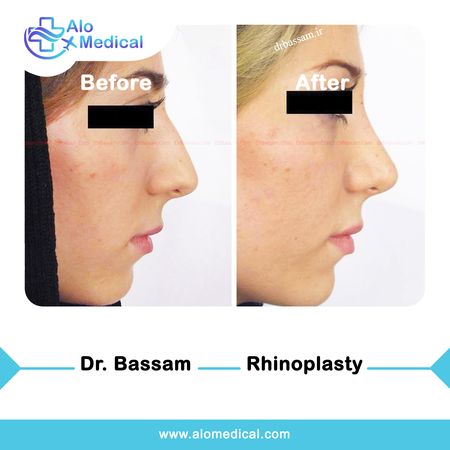 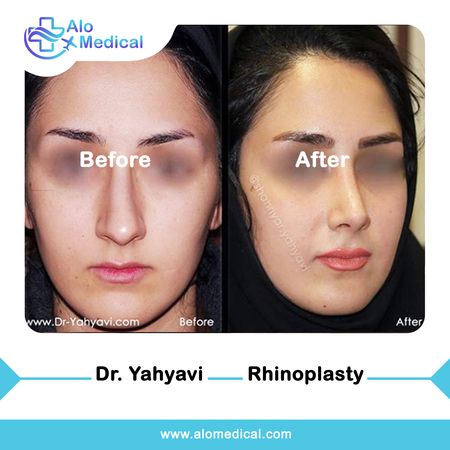 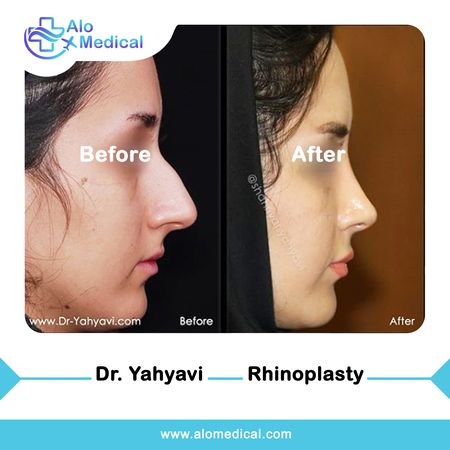 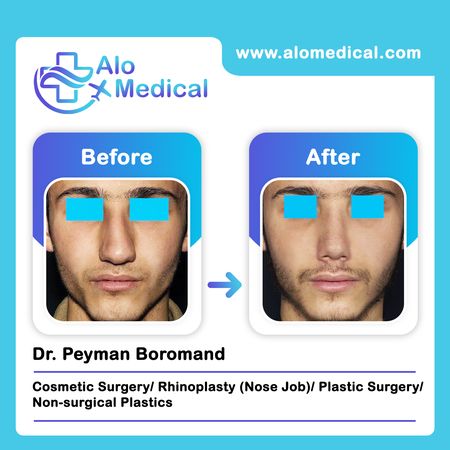 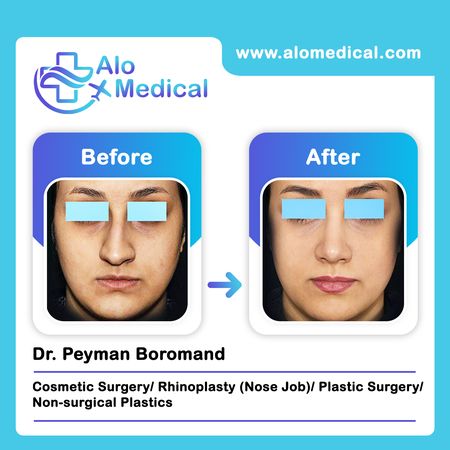 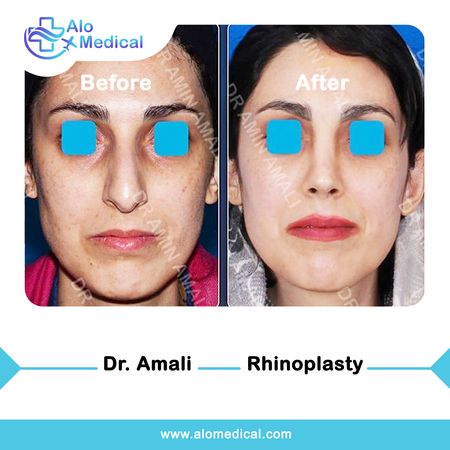 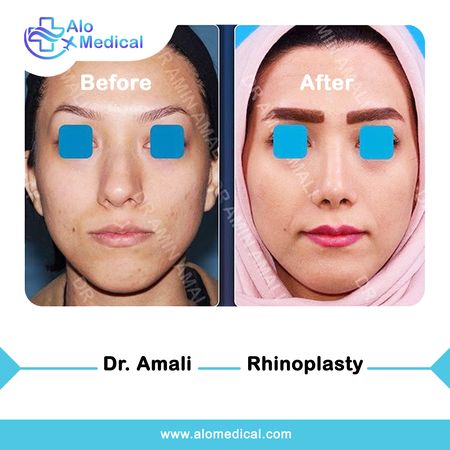